THE UK GOVERNMENTS GAMBLING REVIEW: WHY ARE WE STILL WAITING?

It’s been a long time coming, and we are still waiting. For those who have an interest in the government’s review of gambling, their White Paper can’t come soon enough.

The review opened for submissions in December 2020 and closed at the end of March 2021, with the original expectation that we would have heard something by the end of last year. There are those who say that this continued wait means that more people are being harmed by gambling while the government continues to postpone changes to gambling legislation. Others would simply like to know what the legal framework is going to be so they can plan accordingly, which is not an unreasonable ask. This is the case for organisations like football clubs, who want to know whether they can continue commercial relationships with gambling companies. West Ham United is one such club, waiting to see what the review of gambling produces for them to deal with. But like all the rest of us, they are still waiting.

WHAT’S THE HOLD UP?

It’s difficult to know what the hold-up is, but maybe the government knows that significant groups of people will be unhappy with what they suggest? They are going to upset someone, regardless of how they update and change the 2005 Gambling Act.

Perhaps how the debate on gambling is often characterised isn’t always that helpful. As a result, the government doesn’t know what to do. It is often presented as two opposing sides – one in favour of more restrictions on gambling and one against. It’s possible that the government doesn’t know whether sitting on the fence will cause them to get splinters, or that coming down on one side could antagonise the other too much. Either way, we are all still waiting.

WILL THE GOVERNMENT GO FOR HEADLINE-GRABBING CHANGES?

The government might go for a few headline changes which they think could prove popular, such as removing gambling companies from the front of football shirts. At a time when the government appears to be losing support across the country, they may well be looking for policies with widespread appeal. But there is no doubt that if a step like that is proposed, there will be those who wish to take things further and argue that no-one who watches a football match should ever be able to see anything to do with betting. The argument will be that if we remove gambling companies from football shirts, then all logos to do with gambling of any sort should be removed from the hoardings around the pitch, and all betting adverts completely removed from our TV screens, at any time when football is being played. Perhaps because the government isn’t quite sure what to do about the contentious issue of advertising and sponsorship in sport, which football clubs have been lobbying over recently, that we are still waiting for an outcome to the review?

This is the problem with the debate on gambling, and particularly the way that the government has conducted this review. When the debate is set up as two opposing sides (with the government in the middle weighing up the arguments and evidence) the important nuances in debate are missed. By setting up the review as they did, they received almost 16,000 submissions over a period of just three months. It is possible that the government has helped to entrench the positions of those in the gambling debate through adopting this strategy. This has not helped us find a way forward, and it could lead to an ineffective review of the UK’s gambling legislation. This might be a reason for the big delay, and the fact that we are all still twiddling our thumbs. Let’s look at these two sides of the debate for a moment, and how they tend to be characterised. Arguably, this hasn’t helped the government in coming to any conclusions.

HOW DO THE DIFFERENT SIDES IN THE GAMBLING DEBATE LINE UP?

On one side, there are those who want to see more restrictions on gambling – tougher regulations with organisations to adjudicate and enforce as necessary. The gambling industry, they say, has become like ‘The Wild West’, and the activity of betting has become ‘normalised’, something which is dangerous and can have a particular effect on children and the vulnerable. On this side you will often find groups or individuals who have lost family and loved ones as a result of gambling. Sometimes they are ex-gamblers themselves, who have faced difficult personal circumstances as a result of a gambling disorder, or an addiction which has taken its toll. These individuals usually consider current regulations in some way at fault for the situation they find themselves in, which is why they want to see some significant changes taking place in this review.

On the other side is the gambling industry, largely represented by the Betting and Gaming Council. This side is often portrayed as solely being interested in self-preservation, seeking only to protect the employment of those within gambling and a legal framework that allows betting to be promoted through advertising and sponsorship. The 119,000 individuals employed in the gambling industry and the £4.5bn that the treasury makes in tax revenue, are given as reasons to ensure that the industry should not be negatively impacted by any changes that come out of the review. In addition, the gambling industry will often point to the 30 million or so members of the UK public who have a bet every year, and largely do so without any harm to either themselves, or anyone else.

It is perhaps this characterisation of the debate on gambling which saw the government change key personnel heading their review, which took place during the Cabinet reshuffle in September 2021. A change in ministers and a likely change in focus appears to have delayed things, and added to us all waiting that little bit longer.

WHAT DOES THE CHANGES IN MINISTERS MEAN?

John Whittingdale, who previously headed up the review, was replaced by Chris Philp. Although even that was something that we had to wait a few days for at the time of the government’s September 2021 cabinet reshuffle. Whittingdale had announced that he was no longer at the helm, but it wasn’t until a few days later during a debate in parliament that it became apparent his replacement was Philp (the MP for Croydon South).

Whittingdale (the MP for Maldon) had been seen by some as more likely to come down on the side of the gambling industry. But with Philp now making the running, we may well see a change in direction, judging from some of the statements that the Minister has made to date.

MEETING EVERYONE – EXCEPT THE PUNTERS

Chris Philp, the DCMS Minister with the gambling portfolio, says that he has met various individuals and groups since he took up his role after the government reshuffle. Earlier this year, The Times reported that he had met: ‘gambling addicts, charities and treatment providers, and representatives of the gambling industry.’

In December, Philp said: ‘In my first months I have met a broad range of gambling stakeholders and people involved in preventing harm, including clinicians and people with personal experience’. He continued, outlining his future plans: ‘Over the coming months I will continue to meet with industry, parliamentary groups, charities and people impacted by gambling harm as we prepare the Gambling White paper’.

You might easily ask yourself if he is going to meet and speak to those of us who actually engage in betting, and enjoy the leisure experience that gambling can offer. Those of us who expect Philp to do that, might be waiting quite a long time.

So, we will all continue to wait for the White Paper, but while we do so, the lack of any focus on the player, the punter, the gambler – the members of the public who enjoy a flutter and are nowhere near anything that might be described as ‘gambling harm’ or ‘problem gambling’ – is quite concerning. Whether you think that Whittingdale was the right person for the job, or you think that Philp is making all the right noises, what we are faced with now is a Government Minister who is talking to lots of people, except consumers. Some might think that was anathema to Conservative thinking.

WHAT ABOUT THE PUNTERS? WHAT CAN WE EXPECT FOR ONLINE SLOTS?

Around 30 million people in the UK – almost half the population – gamble on the National Lottery, bingo, in a betting shop or casino, and increasingly online. But it does not seem that they are in any way a focus for government politicians and officials who are leading the review of gambling.

As Michael Dugher, Chief Executive of the Betting and Gaming Council said recently about that 30 million: ‘When I quote that figure to my former parliamentary colleagues, most are surprised at how high it is.’

Sadly, this reflects a lack of knowledge amongst politicians and policy makers about a leisure industry which (in some circles) is only ever discussed in a problematic way.

So, we are all still waiting. Waiting to see whether the much floated idea of changes to maximum stake levels on online slots will materialise, and what impact that has on both punters and the market for online gambling. We wait to see the impact of any changes on horse racing, which has been much discussed by the gambling community, as well as in parliament.

We all wait to see what emerges from government thinking, and what will be in the long-awaited White Paper, but there is one thing that we can all be sure about in this review, we will have to wait a little longer yet. 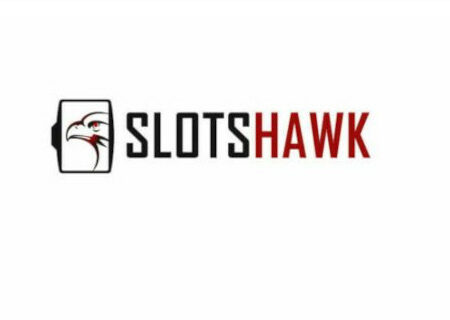 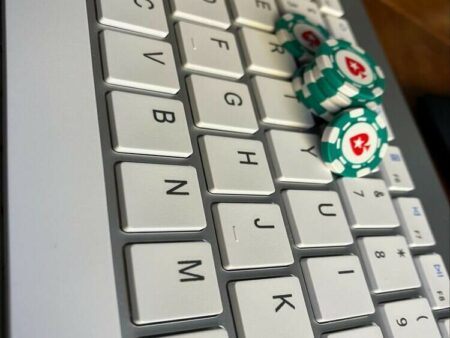