These are the best sites with Thunderkick online slots in the UK based on the number of Thunderkick slot games available:

The casino which stocks the largest number of Thunderkick slots in the UK is Casumo. Our research has shown that Casumo stocks no fewer than 50 Thunderkick slot games*. This indicates that if you are wanting to play a Thunderkick slot for real money, then Casumo is the choice for you.

Casumo will offer all new players a welcome slots bonus for UK players of 20 free spins on Sahara Riches and a deposit bonus of 100% up to £25. To trigger this bonus, players just need to register a new account and deposit a minimum of £10.

Casumo also stock well over 2,000 different video slots games and will give you access to a live casino library, perfect for high roller gamers. 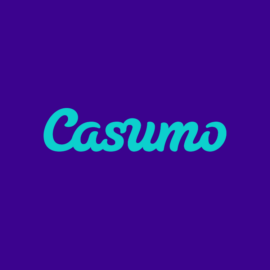 2. SKOL CASINO – A COLLECTION OF THE TOP THUNDERKICK SLOTS

Skol casino is widely regarded as the number one online casino for UK players. With a state of the art loyalty rewards scheme and a constantly updated slot games library, Skol also offers all of the top Thunderkick games to play.

Some of the Thunderkick games you can play at Skol include: Midas Golden Touch, Odin’s Gamble and 1429 Uncharted Seas.

Launched in 2021, Skol is a brand new UK slot site and offers a competitive welcome bonus to attract new players. New players will get a 100% deposit bonus up to £100 as well as 100 Starburst free spins.

An online casino specialising in slot machines, Slotnite will give you the opportunity to play 40 different Thunderkick slots for real money.

Some of the Thunderkick slots you can play at Slotnite casino include: Esqueleto Explosivo, Birds on a Wire and Tiger Rush.

Slotnite players will also receive a 100% deposit bonus which can be used on Thunderkick slots. 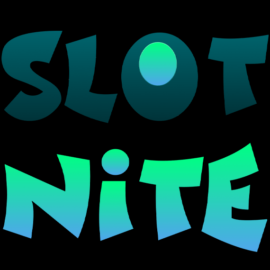 CAN I GET THUNDERKICK FREE SPINS AT YOUR LISTED SITES?

Currently, there are no online slot sites offering free spins on Thunderkick slots.

However, this page is updated on a weekly basis, so we will be sure to update you if an online casino begins offering free spins on Thunderkick slots.

More often than not, Thunderkick will receive a certain percent of the profits each casino makes from their slot games. Therefore, it is in the incentive of the developer to offer their games to as many popular casino sites as possible.

Due to the popularity of Thunderkick, players will find their games at most UK casinos in 2022.

“Thunderkick slots are immensely popular in 2022. With a mixture of amazing graphics, modern features and unique themes, we expect Thunderkick games to be popular across the next decade.”

There are hundreds of different Thunderkick video slots, all of which come with varying payout’s, RTPs and volatilities.

The Thunderkick slot with the best RTP is 1429 Uncharted Seas with an RTP of 98.60%. For more info, see our best RTP slots guide.

There are far too many to list here but here is our top 20 list of Thunderkick slots which you can play online for real money:

There are multiple slot sites in the UK which will offer you the opportunity to play Thunderkick slot games. Three of the best ones are Casumo, Skol casino and Slotnite.

Can you play Thunderkick slots for free?


Yes, you can play Thunderkick slots for free. However, in the UK you can only play slots for free if you register at an online casino and prove that you are over 18. Alternatively, you can visit the Thunderkick website and play for free – however, you must b e over 18.

Can you get free spins on Thunderkick slots?

What is the minimum deposit to be able to play Thunderkick online slots for real money?


The minimum deposit at most online casino sites is £10. However, there are some casinos which will allow you to deposit £5.